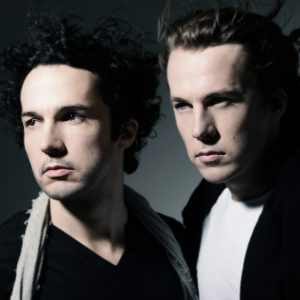 YLVIS, the Norwegian comedy duo were a common name in Norway before they gained international success as YouTube sensations.

What Does The Fox Say?

These five words would catapult the two Norwegian brothers to internet fame in September of 2013. Within a week of release the song would receive 20 million views on YouTube and within two months would cross the 200 million mark securing their position as a viral sensation. The single would spend over eight weeks on the Billboard’s Hot 100 chart, six of which in the top ten. Brothers Vegard and Bård Ylvisåker, who began their career onstage in Bergan, Norway in 2000, were embraced stateside with high profile slots on “The Ellen DeGeneres Show”, “Late Night with Jimmy Fallon” and a live performance on NBC’s “Today Show”. They also took part in the “I Heart Radio” festival in Las Vegas alongside Paul McCartney, Justin Timberlake and Drake. Their children’s book, What Does the Fox Say?, debuted as number 1 on the New York Times Best Seller list. They have released two studio albums titled Ylvis: Volume I and Stories from Norway: Northug, the latter accompanying their 2018 television show of the same name.

Managed in partnership with Stageway