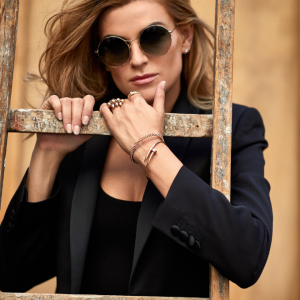 Following an extensive two-year world tour in support of her highly successful major label debut, My One and Only Thrill, Melody Gardot was restless and ready for new adventure.

Perhaps it was fate that a girl named Melody was ultimately saved by music. At the age of 18, Melody Gardot was struck by an SUV while riding her bicycle. She sustained various injuries and was confined to a hospital bed for the better part of a year. She began writing songs and playing guitar at the encouragement of a physician who believed music would help with the healing process of her brain. These songs would later turn into the EP, Some Lessons: The Bedroom Sessions that was released in 2005. She began performing these songs live where she eventually caught the attention of the radio station WXPN and later Universal Music Group. Her first album, Worrisome Heart, was released in 2008 to critical acclaim and found itself in the U.S Billboard Top 200 among other charts. Since then her following four albums have earned her gold, platinum and multi-platinum status around the world.