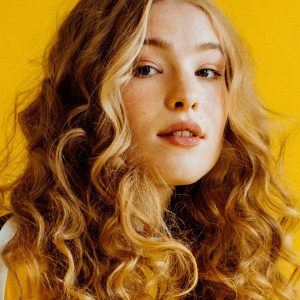 In 2011, after receiving a midi-keyboard for Christmas, Sofie Tollefsbø sat down and tried to figure out how to emulate a certain synth sound she had heard on “Undun” by The Roots. Several experiments later she began releasing songs on Soundcloud and that was just the beginning.

Fieh started turning heads immediately with the release of their single, Glu, in the fall of 2017. Among one of the main supporters was Elton John who played the song on his ‘Rocket Hour’ and claimed how much he admired the group. Glu was the manifestation of a myriad of experiments and coincidences resulting in the creation of the eight person Norwegian group. Fieh was created by Sofie Tollefsbøl, a singer from Eina, Norway, who began making music on Garageband and uploading it to Soundcloud. The group started to grow as Sofie made her way through high school and then the Norwegian Academy of Music. Now the group, with help from engineer Christian Engfelt, is on the path to bringing their groovy nu-soul to the masses.